Time to play catch-up with charts for shows Premiere rebroadcast during the second half of August. This time around we’re capturing moments when I’m about to start 8th grade, 11th grade, and college. 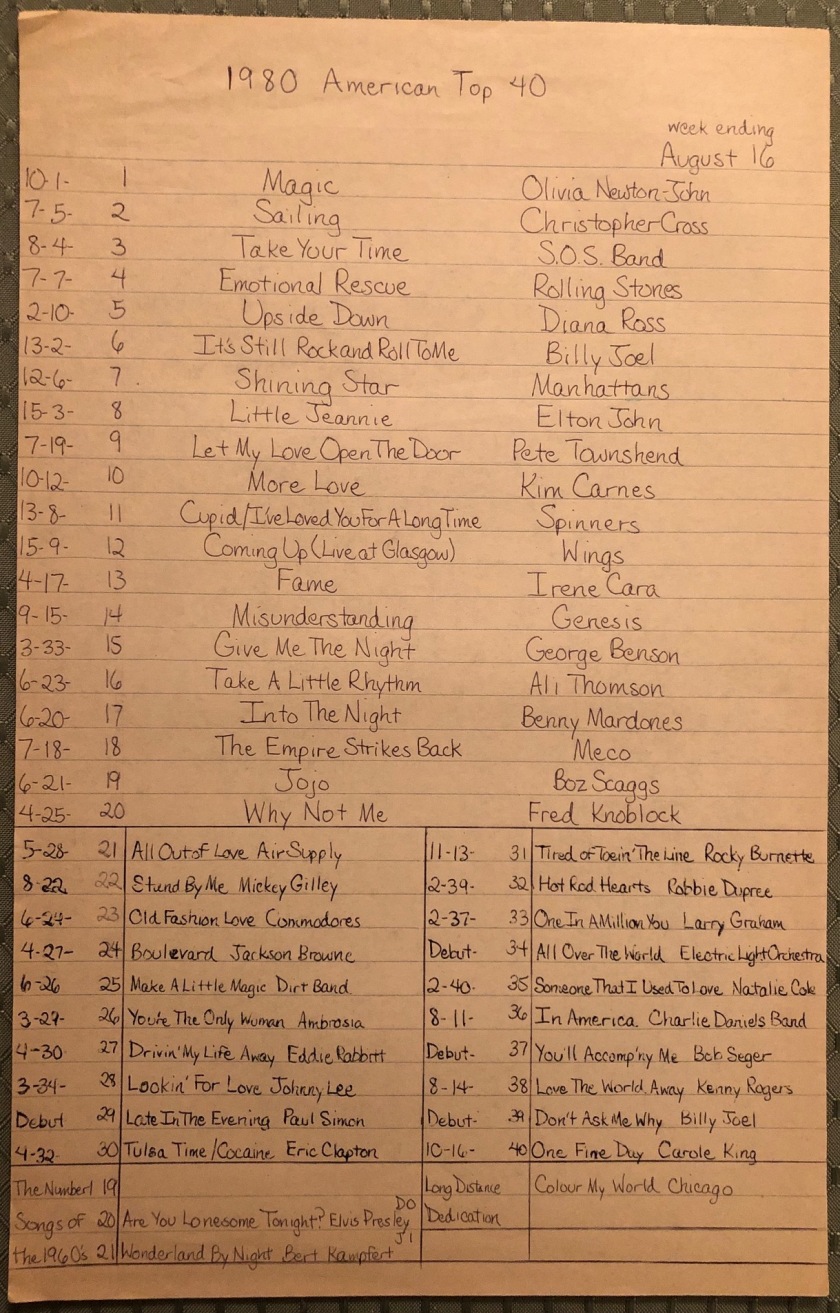 The missing 60s Archives #1 is the extremely brief “Stay,” from Maurice Williams and the Zodiacs. Additionally, “My Eyes Adored You” was a LDD during the last hour of the show. Can only wonder now why I used a different pen for the bottom 20.

As to what I was thinking:

ON-J is in her third of four at the top; Carnes is about to interrupt her stay for two weeks. Eventually, the Stones, Air Supply, and Cara would reach #1. There was always a week’s lag in Billboard chart date and mine–that’s why you don’t see “Upside Down” here (Ross is debuting at #34).

My descent into arcade video gaming had begun earlier in the summer after coming across Space Invaders. A few weeks later, Q102 was playing this novelty piece by a Cleveland DJ. Yes, my brain was sufficiently cooked to have bought the 45. It would get one spot higher on my chart. 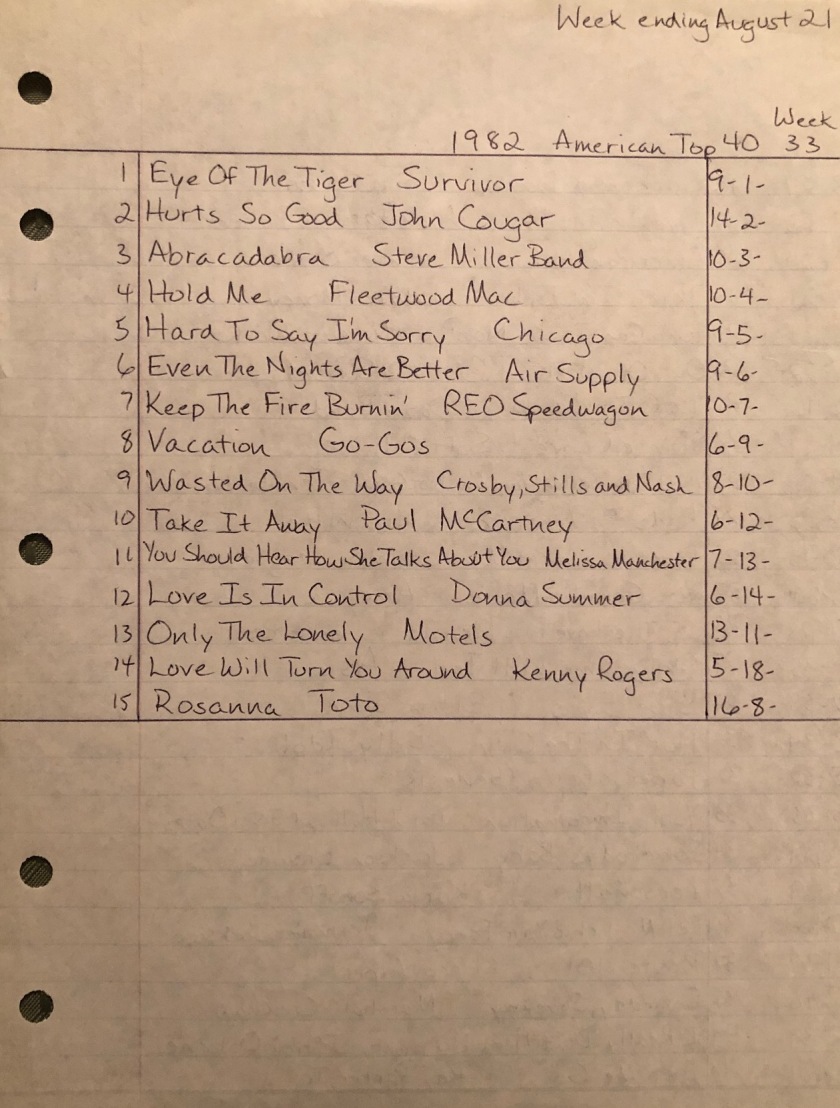 This was from the weekend we attended the World’s Fair in Knoxville on the way back from a Myrtle Beach vacation. Looking back, perhaps I should have predicted I’d write up just a few more charts after this one. The 7/24 chart was the last time I noted the previous week’s Top 3 or wrote down any LDDs; my last set of predictions for the following show came on 7/17.

And now it’s me again:

I’m generally still okay with this Top 10, though I tired of the Johnny Cougar song pretty quickly. The Go-Go’s, Wilde, and Toto are pretty clearly my favorites out of this bunch now, though the Motels aren’t far behind.

Surprised to see that I actually predicted Gibb to re-claim the #1 position–I was just two weeks early (and I jumped the gun on 9/3, too). It is the case that I didn’t appreciate “Best of My Love” then nearly as much as I do now.