Time to shake off the dust from my chart binders and see what’s in there that’s been rebroadcast over the last month.  First up, something grease-stained from 79: 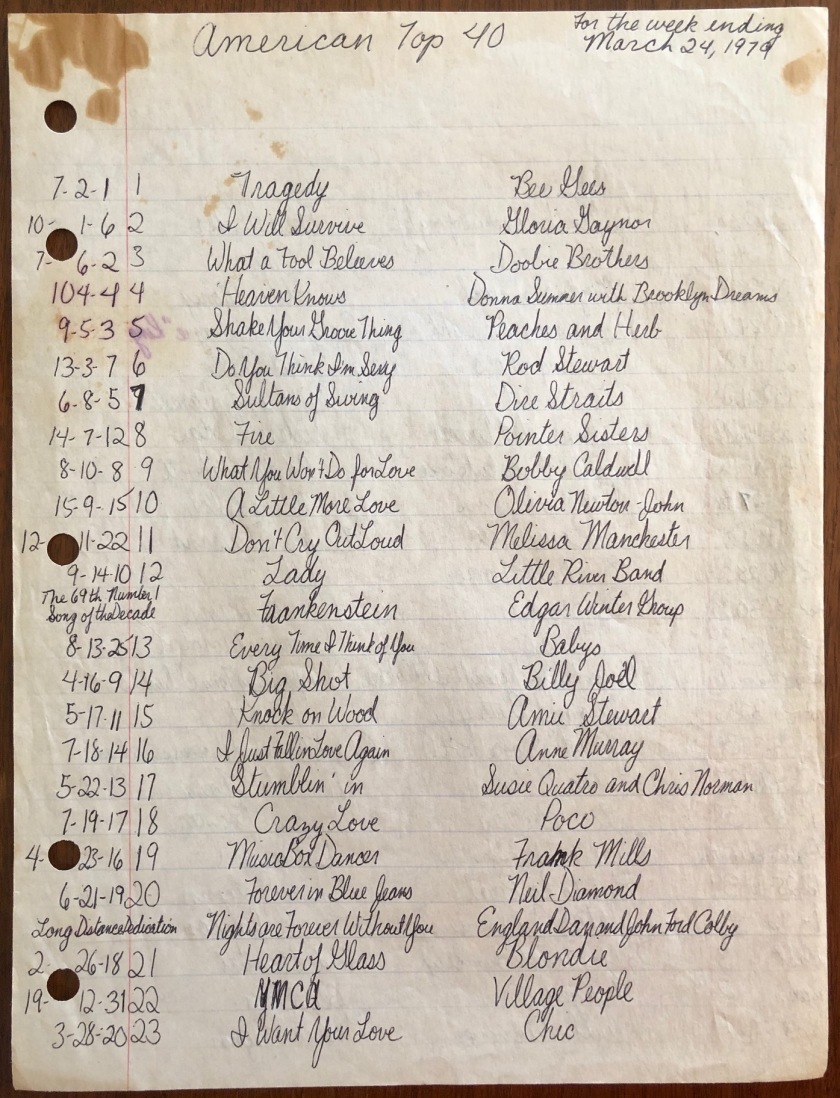 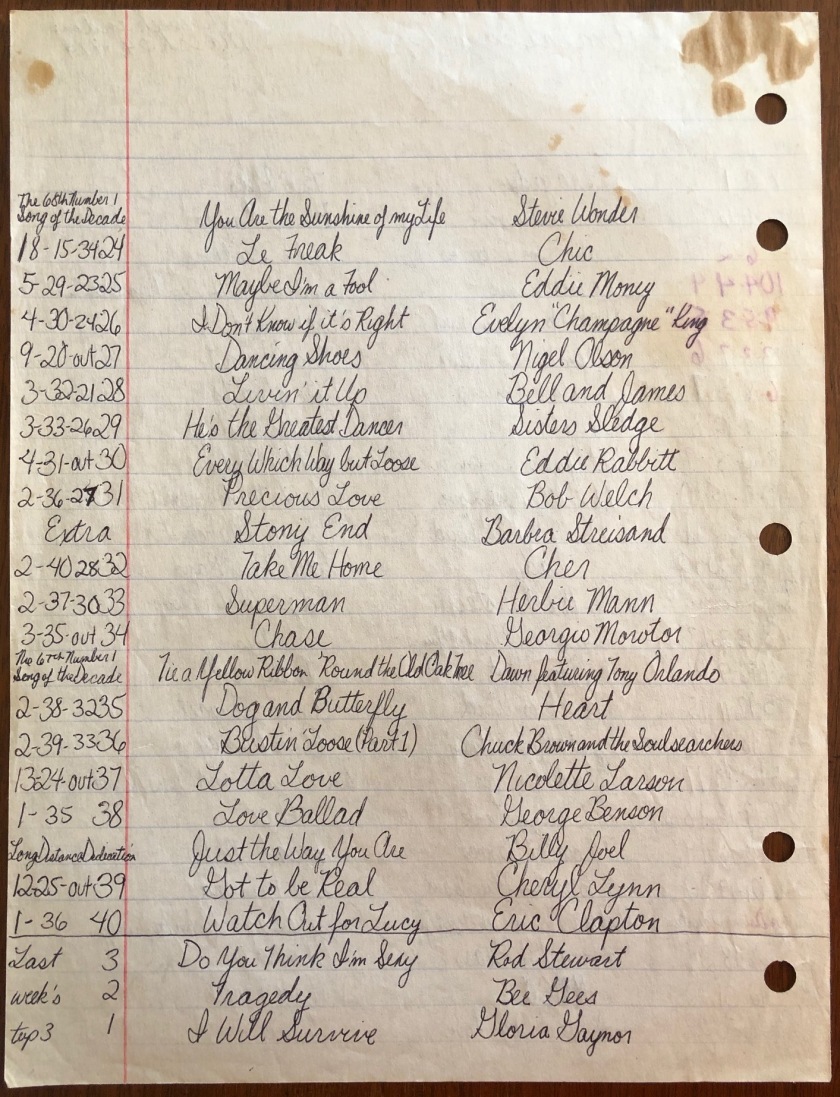 This is the chart from which I lifted a pic of the Streisand extra back in January–the first time I can recall hearing “Stoney End.”

In Artists’ Names Follies: A Continuing Series, I get too cute with Chuck Brown’s band, can’t figure out Giorgio’s surname, treat the singers of “He’s the Greatest Dancer” as if they were named like the Brothers Johnson, and haven’t yet sussed there was a second ‘s’ in Nigel’s last name. Writing “Colby” at this point in time is ridiculous; and Susie? 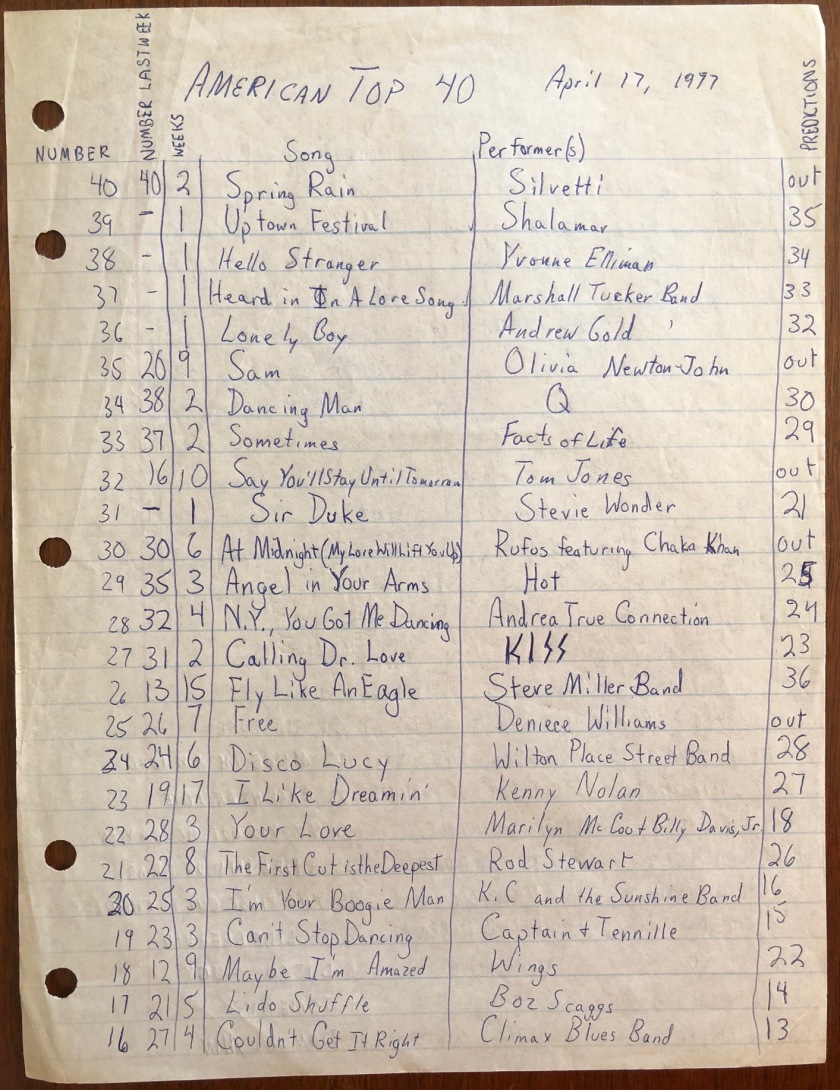 I was known to try to imitate the Kiss logo from time to time.

Spring 77 was one of the periods with a series of songs never made available digitally, thwarting my efforts to have a complete e-collection of the Top 40 hits from June 76-May 86. The biggest offender was “Disco Lucy,” which was on AT40 for 7 weeks; it overlapped with Ambrosia’s “Magical Mystery Tour” earlier in April and Stallion’s “Old Fashioned Boy (You’re the One),” which debuted on the following show. 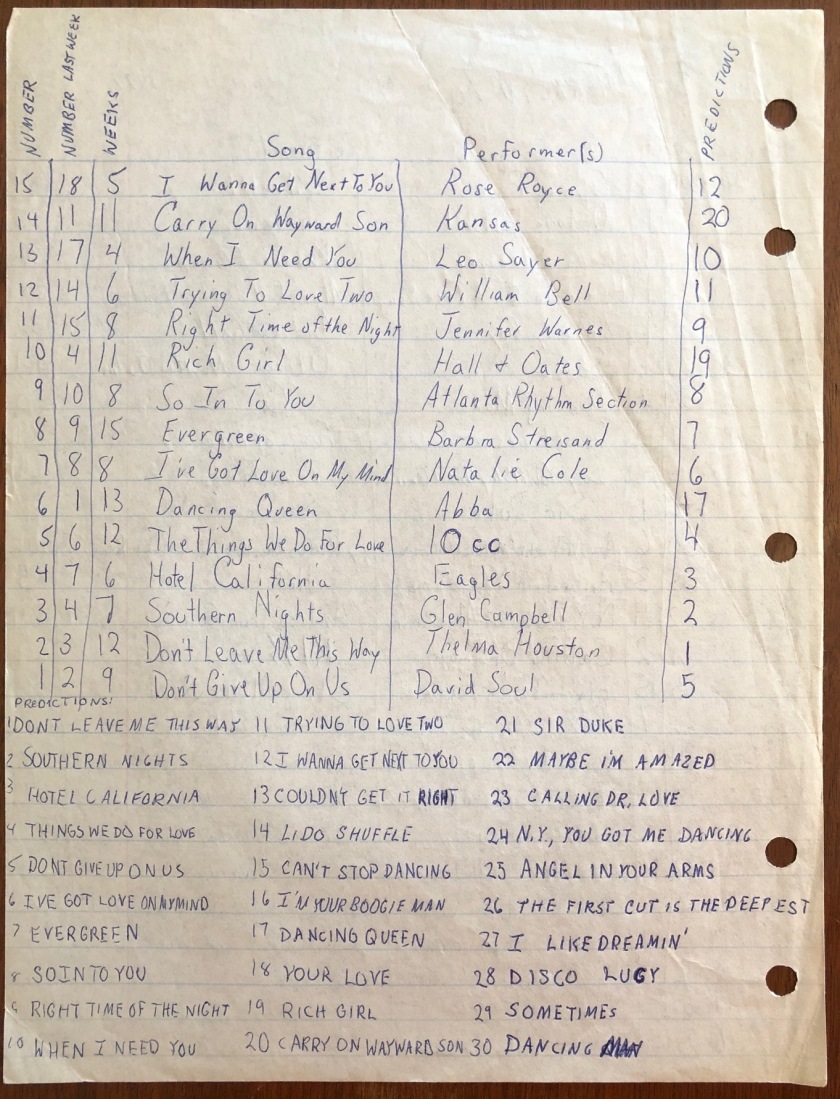 Meaningless trivia alert! This one is an oddity among my spring 77 charts: it’s the only one from April or May on white paper. All the others are green or yellow.

Before we get to 82, here’s what I found intriguing then:

Huey and Co. are in their fourth week of five at the top. I meant it when I said that LeRoux was a favorite at the time! That ranking for Rod is a tad embarrassing. Vangelis (!), Rick, and Tommy have future #1 songs. “We Got the Beat” only reached #11–it’s turned out to be one of my less favorite songs on Beauty and the Beat. I’ve got Prism and the Cars making noise they didn’t IRL (“Since You’re Gone” reached #7). Biggest regret now is having “Find Another Fool” never cracking my top 25 (fer gawdsakes, putting “Baby Makes Her Blue Jeans Talk” ahead of it is borderline-criminal).

As for the real thing, it’s pretty basic: 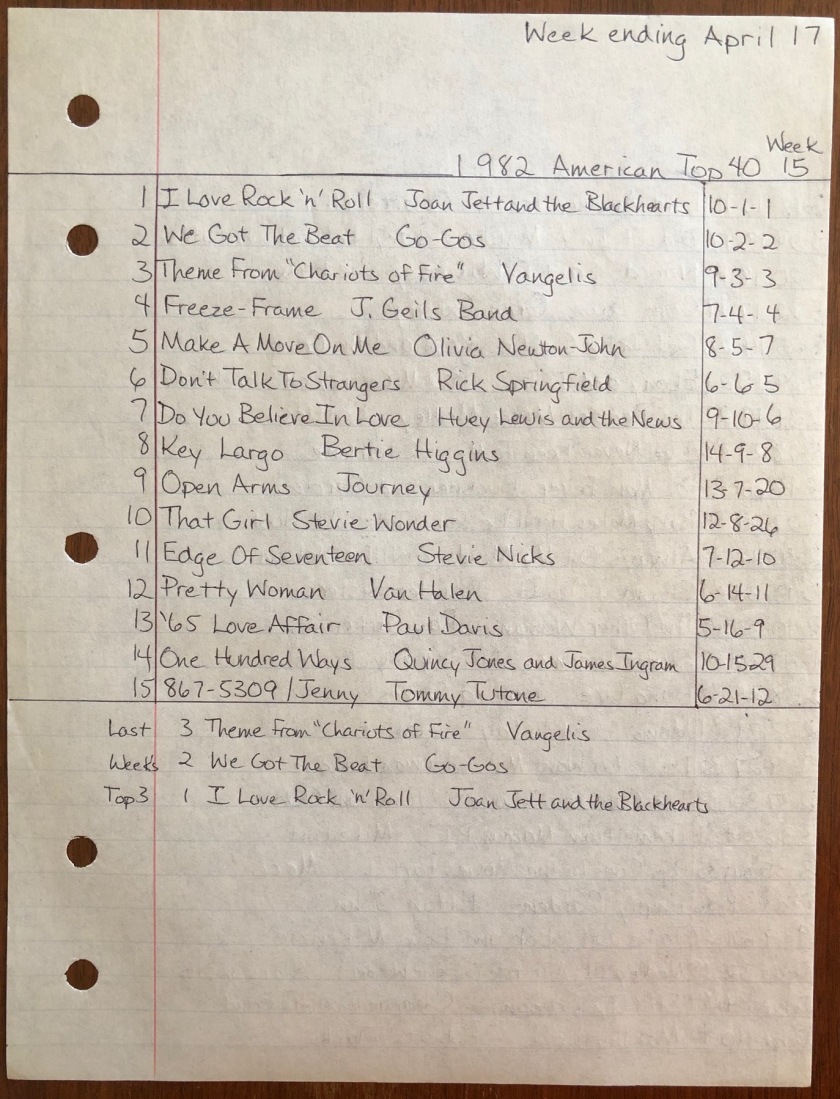 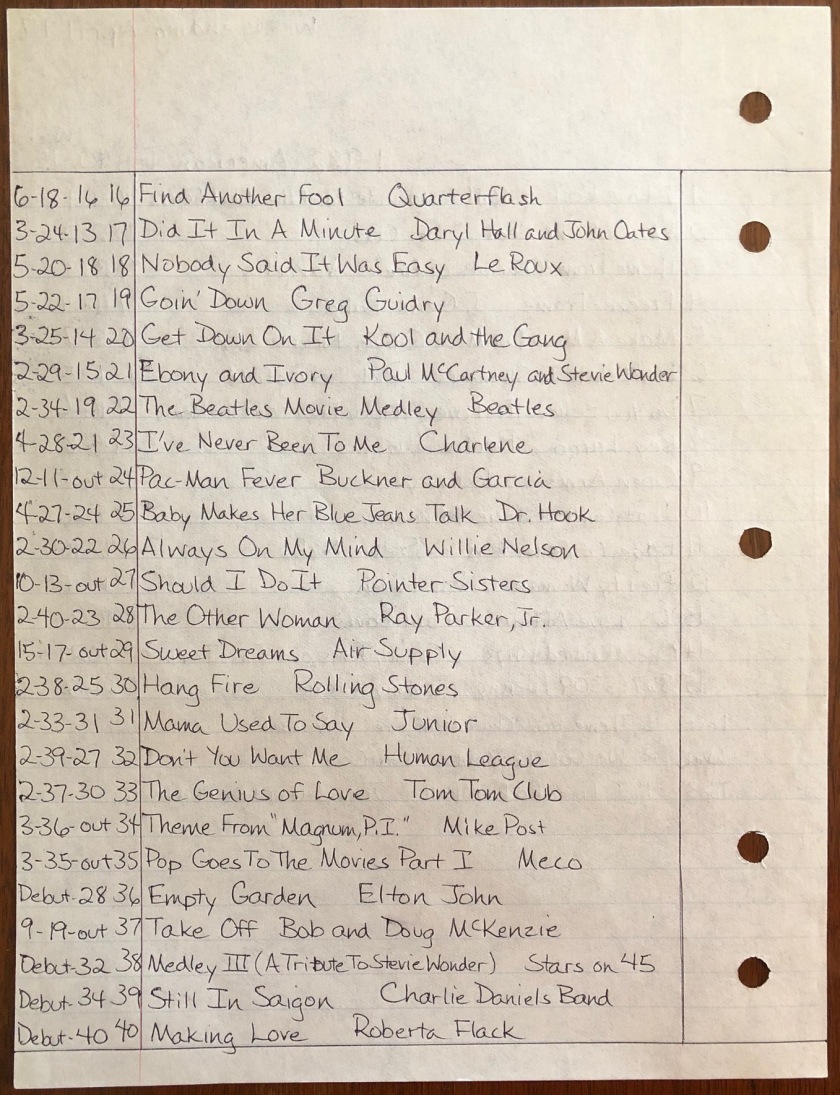 Spring 82 was another stretch with a few vinyl-only (or almost impossible to get digitally at a reasonable price) tunes. The biggest hoser was “The Beatles Movie Medley,” but I couldn’t track that Meco thing down, either. (I mentioned on Twitter recently: what is up with the clap-beat in “Pop Goes to the Movies?” Hard to fathom him going down the Stars On/Hooked On route.)

One interesting tidbit I saw noted on the AT40 Fun and Games message board within the last couple of weeks: Both these 77 and 82 shows feature a debuting medley that includes Stevie Wonder’s “Uptight (Everything’s Alright).”