Here’s one of my very favorites from the spring of 78, literally: 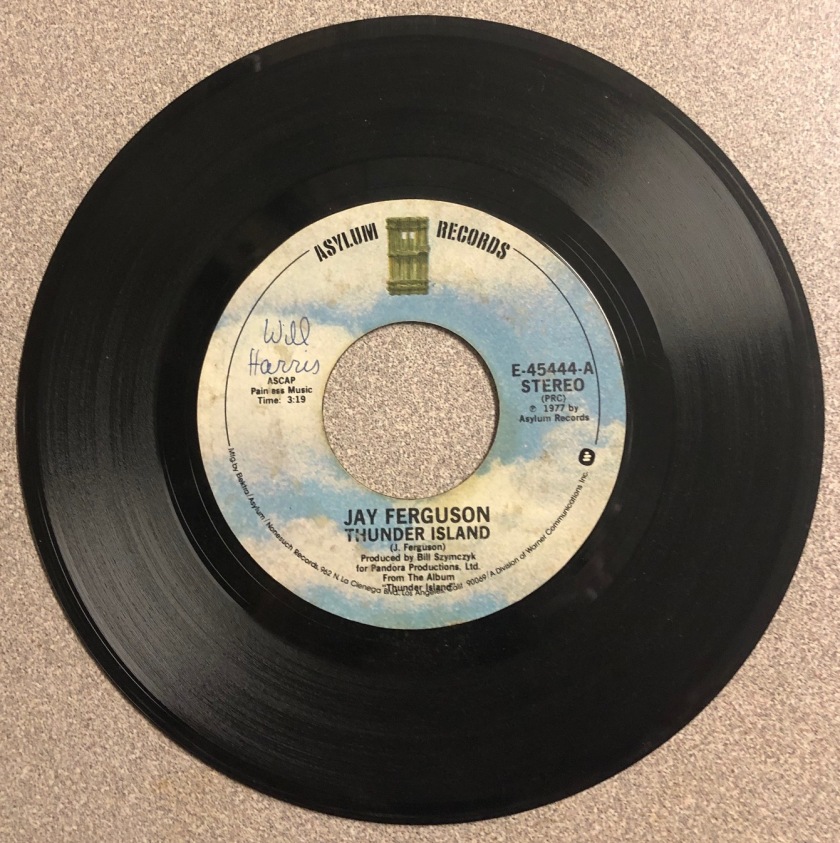 My name appears on a bunch of my 45 purchases from 76-78, sometimes A-side, sometimes B (maybe someday I’ll try to go back and discern a pattern, should one exist; I suspect there was a rationale at some point). That’s almost certainly an artifact of taking them with me to our junior high dances (which were staffed in-house) and not wanting to get them mixed in with other folks’ records. “Thunder Island” would been added to my stack at most a couple of months before our 8th grade shindig.

On the lead-in to “Thunder Island” on this show, Casey tells about Jay Ferguson’s past involvement in the bands Spirit and Jo Jo Gunne, each of which had one Top 40 hit. I heard 69’s “I Got a Line on You” plenty in my teen years and I imagine I was cognizant of Ferguson’s presence (even if he isn’t the one singing). “Run Run Run,” from three years later, on the other hand, is one of those early 70s hits I’ve discovered just this decade via the Premiere rebroadcasts. I suspect no one is going to mistake the lyrics to “Run” as possessing some deep social significance.

Ferguson is #14 here, on his way to #9. He was on the chart for the last time one year later, with “Shakedown Cruise.” I wasn’t aware of his extensive work as a movie and TV composer until casting around a bit for this writeup. The dribs and drabs you learn…

My Tweets
Join 377 other followers