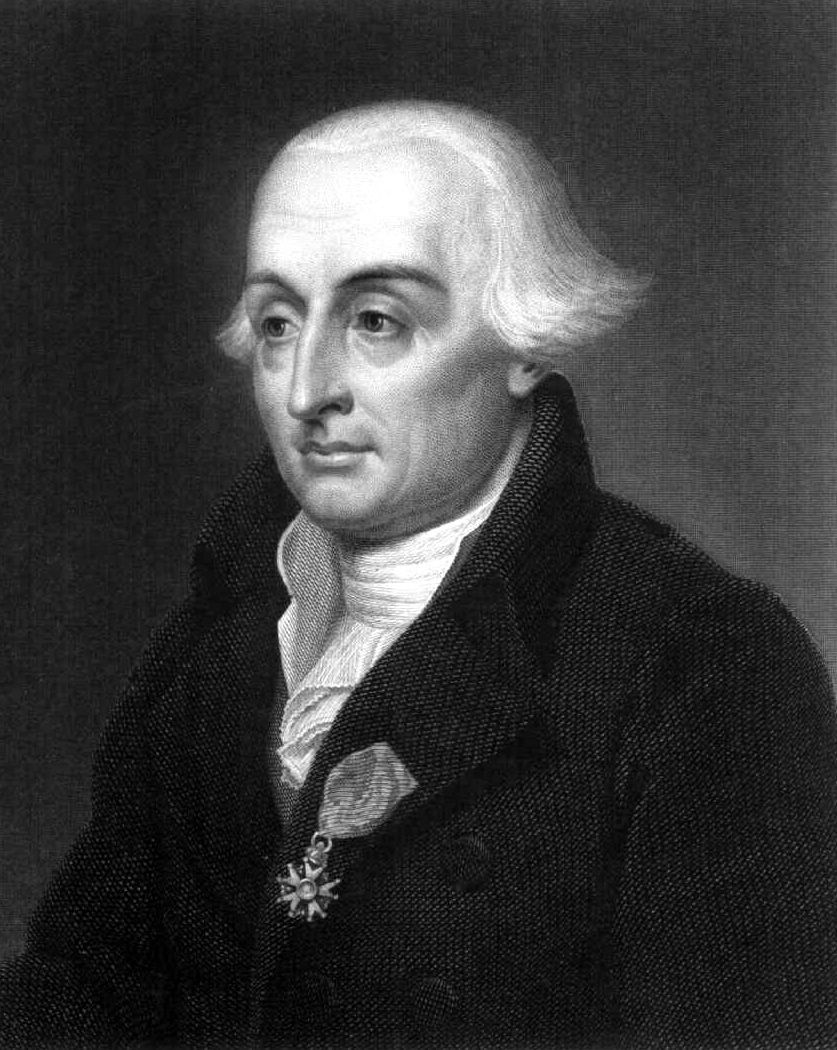 This is a significant modification and expansion of a Facebook post that originally appeared October 14, 2016. Oh, and that’s the French mathematician Joseph-Louis Lagrange above. One of the results attributed to him played a pivotal role once upon a time almost thirty years ago.

Soon after Christmas 1988, I left KY to go back to Urbana. It was the midpoint of my third year of grad school, and time for what one could reasonably call trial by fire. At the end of January, I would be enduring a series of four one-hour oral exams (we called them prelims) over the course of two Saturday mornings. I had to pass all of them within the coming year to remain in good standing (that is to say, to keep my assistantship) and advance to the dissertation phase of my graduate career. Two of the exams had to cover foundational material; I had chosen algebra and analysis.  The rest of my dance card consisted of analytical number theory and an advanced algebraic area, representation theory.

There were about three weeks to spend on preparation before classes began. I had the apartment to myself at first, as John was up in Chicago.  My friends Will and Kate were off visiting family, and I had volunteered to look in on their cats (Martha, Tiger, and Chessie) upon my return. So there I was, as 88 turned over into 89, spending hours upon hours alone, poring over notes, reviewing important theorems and their proofs, trying to better understand what I’d experienced over the past five semesters. It was a lonely, stressful, emotional time; tears might have been shed a few times. I don’t know that I was doubting my choice of path at that point, but I sure didn’t feel overly confident about my prospects of success.  My friends had told me I could stay over at their house if I wished, and I took them up on that a few times. It was good to have a little company, even if it was feline. I’d cook Progresso soup on their stove for dinner. Over a couple of study breaks I used Will’s stereo to record a mix tape for James. (In the late 80s, James and I had a running joke that every act had to demo “All Along the Watchtower” in order to land their contract, and it was de rigueur at the time to include someone’s version on my tapes to him. This one got U2’s, from Rattle and Hum. The tape might have even been entitled All Along the Stufftower, which is a double joke, as “stuff” appeared in the titles of the tapes I made for him.)

It went on like this for at least ten days, I’d guess—as time for classes to resume approached, folks of course began returning to town. It seems like none of my officemates were doing prelims on that go-round, so I didn’t exactly have ready-access study partners (plus, they’d all pursued a course of study on the topological side of mathematics, so there wouldn’t have been that much overlap in our exams, anyway).

My first two exams were analysis and algebra, in that order. This was a little unfortunate, since the material covered in the second weekend’s exams was the stuff I felt I knew better. Analysis was definitely the subject I understood least well—I had managed to just eke out a B in the course the second time I tried it (we’ll not talk about my first attempt right now).  And sure enough, I got the thumbs down from the pair of professors who’d been assigned to quiz me. This raised the pressure, as one needed to pass at least two of the four to get credit for any of them. An hour later, I went up before the algebraists.

It’s a blur now, what happened during those sixty minutes, with one important exception. Algebra was an area I definitely liked and was decent at, but at the beginning I was at best stumbling through. Maybe about twenty minutes in, Professor Joseph Rotman, well-known and well-respected in the field, posed a question that initially stumped me. He prodded, gently, for the reasons behind the solution of a given problem, and suddenly inspiration struck. I needed to invoke Lagrange’s Theorem. (Lagrange’s theorem says that the number of elements in a subgroup of a finite group must be a divisor of the number of elements in the group. Sorry for the technical jargon, any and all non-math types out there—click this hyperlink if you want to know what a group is.)  I received a satisfied affirmation from Prof. Rotman, and suddenly my confidence swelled. The last portion of the exam went much better, and I liked my chances of getting a passing mark as I walked out of the room.

I was right, and I now felt in control of the process.  I knew I would pass the number theory prelim and thought I had a more than decent shot at the representation theory, as one of my examiners would be the professor who had taught the classes. I made it through both the following Saturday, and squeaked by on the analysis retake four months later. But at that moment—either January 28 or February 4, 1989—while I was in good shape with respect to the, well, preliminary requirements of progress toward a PhD, I honestly had no real idea about a dissertation topic or even an advisor. It was generally expected that you would build on something from one of your prelim areas, but I wasn’t especially enthused about any of those options. I was in the process of taking a reading course from a professor in algebraic number theory, as well as attending his weekly seminar, but it wasn’t clear that was going to work either (it’s a beautiful subject and I do wish I understood it better now).  It would be mid-April before the path forward would make itself known. Come on back in a little over three months, why don’t you, to learn more?

One song I distinctly remember hearing on WPGU while shuttling back and forth between my friends’ house and the apartment at the very beginning of 89 was the Go-Betweens’ “Was There Anything I Could Do?” It was a decent-sized modern rock hit at the time, and I recall liking it pretty well then. Around a year later, I met Greg, who would later be best man at my wedding. It wouldn’t be long before loaned me his copy of 16 Lovers Lane, an album I’ve promoted repeatedly here, and the one that contains “WTAICD.” While it’s not the best track on the disk, it is fantastic, and the song retains a special place in my personal pantheon of songs just for being the first one I heard from the album. . (Edited to add: that link became dead.)

Postscript: Coincidentally, Professor Rotman passed away two days after the original, two-paragraph edition of this post appeared (though at the time it didn’t address my experiences in the algebra prelim). To my regret, I never took a class from him, but I’m forever grateful for the boost he gave me that morning.

4 thoughts on “SotD: Go-Betweens, “Was There Anything I Could Do?””