Toward the end of June in 77 our family packed up Dad’s 75 Chrysler Newport (at that point a rare foray away from the Ford family of vehicles) and headed out West for a vacation. I seem to remember quite a bit about it.

–First to St. Louis, where we rode up in those little cars to the top of the Gateway Arch;

–A visit to the Harry S. Truman Library/Museum in Independence, MO;

–A stop outside Lubbock, TX, where my father had partial ownership of a piece of land his great-grandfather had bought way back in the 19th century;

–Maybe a quick jaunt through Hobbs, NM, where one of Dad’s distant cousins lived;

–An overheated car in Albuquerque (I’m sure this didn’t endear Dad to Chryslers–he had a Mercury Marquis by the following spring); I believe we were without AC for the duration of the trip;

–A rock formation outside of Santa Fe known as Camel Rock. Actually, I don’t remember visiting this, but we have hard pictorial evidence of a sighting;

–Seeing Taos Pueblo. That’s its chapel that Mom, Amy, and I are standing outside of in the picture at the top of the post. Martha, Ben, and I were there a couple of years ago, and it looked remarkably the same; 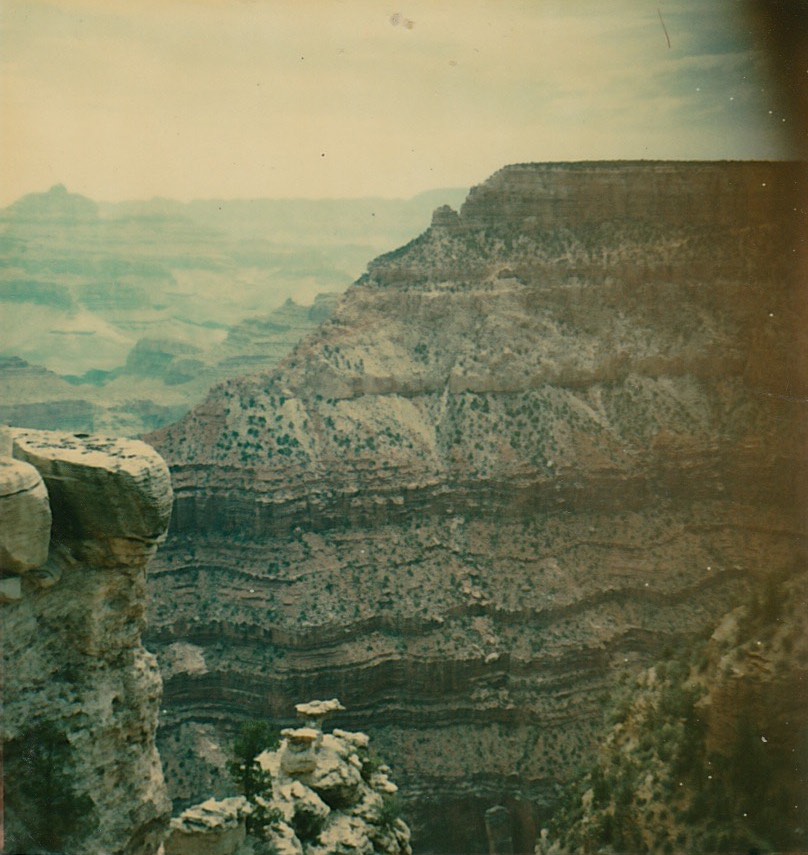 –Yellowstone. Sometime in the last couple of years I came across a postcard I had sent to my grandparents from this trip. Apparently Old Faithful was fairly tardy when we went to see it; I reported that prior to its eventual eruption we had already taken to calling it “Used-to-Be Faithful.” That sounds very much like something my father would have come up with. 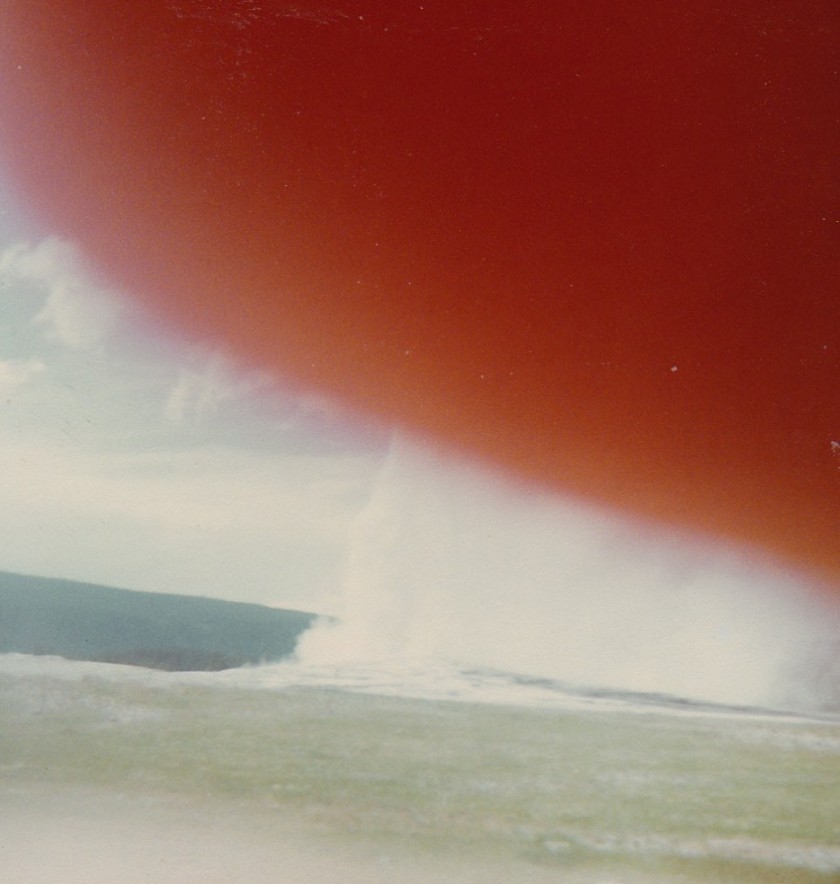 By the way, a distressingly high percentage of the photos I’ve come across from this trip have a finger (I forget whose, but it was almost certainly a kid’s) in them;

–When I travel now, I frequently make hotel reservations for the entire trip before we leave (Captain Spontaneous, right?). Maybe one reason for this was our struggle in finding a place to stay after we left Yellowstone. We searched in vain for a room in Cody, WY, which I recall being a pretty wild place (well, it was July 3, a holiday evening). Success was ultimately found fifty miles further east, in Greybull. That next morning Amy and I had pancakes at the restaurant across the street from the place we stayed.  I guess we didn’t understand they would be plate-sized. I’m thinking we ate only half to two-thirds of what we ordered; 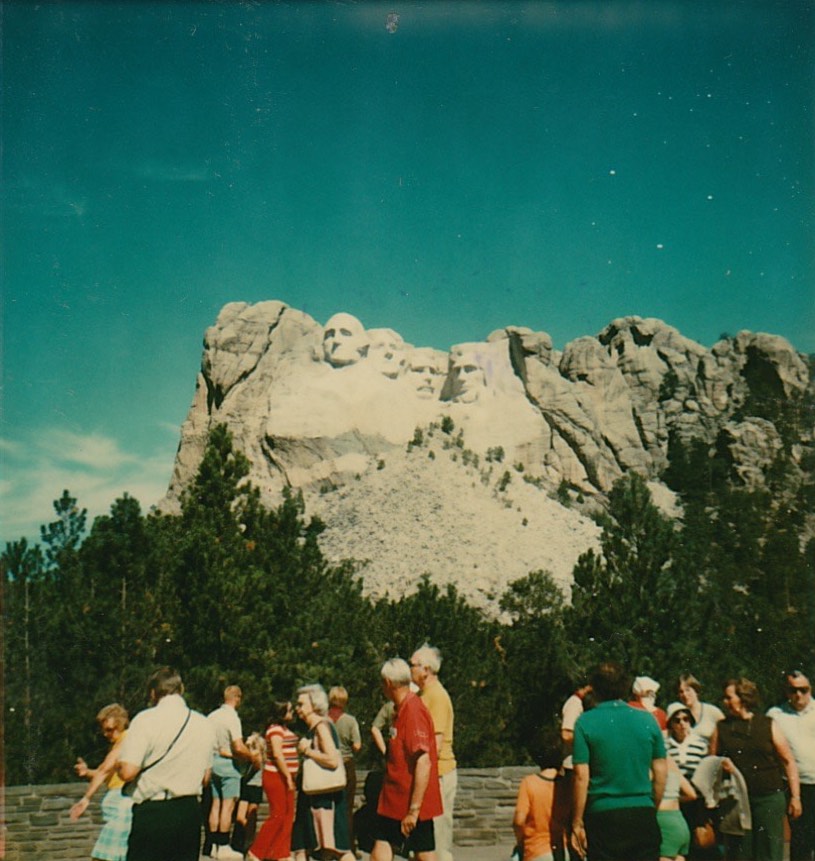 –After that, we were homeward bound. Two days of trekking across SD and MN led to  Madison, where we arrived in the middle of a big storm. I don’t exactly recall this, but Mom told me years later how I saved the day by deciphering our map so that we could wend our way safely to the motel;

There were quite a number of new tunes on AT40 upon our return, many of which I hadn’t heard during the trip despite the radio being on almost continually. One of those, “Give a Little Bit,” quickly became a favorite; the 45 was secured not long after. It’s #35 here and would get to #15. Supertramp was a new group to me, as I’d missed out on “Bloody Well Right” two years earlier.  The stuff from Breakfast in America was all well and very good, but this is still the one of theirs I like best.