Here’s what I wrote up in late May of 79. I suppose the most notable thing is my hangup about writing out the word “Bitch” in the title of Rod Stewart’s hit (which lasted throughout its run). That’s just how I rolled back then.

Let’s see what I thought about the songs in mid-June of 80:

Pretty pleased that Gary Numan reached the top; he’s in his second and final week there.  The only former #1 song comes from the Pretenders (four-week stay). The Clash would ascend for one week–they were already out of the real 40–and then “It’s Still Rock and Roll to Me” would be at the pinnacle for five weeks (I think I must have heard it too much along the way, as I don’t like it nearly so much anymore).  You can see that I had overlooked Boz at first. He’d been at #4 the previous week, and I couldn’t have him fall too far too fast!  I’m a little surprised that “Funky Town” got no higher than #9; Sir Paul got only to #6.

Finally, the real thing from 80. Since this was the departure date of our vacation, I’d gotten the chart information ahead of time; guess there was no time for prediction. The “picks” all came from #41 through #49. All hit, but only the Genesis tune got higher than #38. The #1 songs of the 70s recap wrapped up the following week. I suppose I wondered what would happen next–I was soon to find out it was the analogous thing for the 60s. 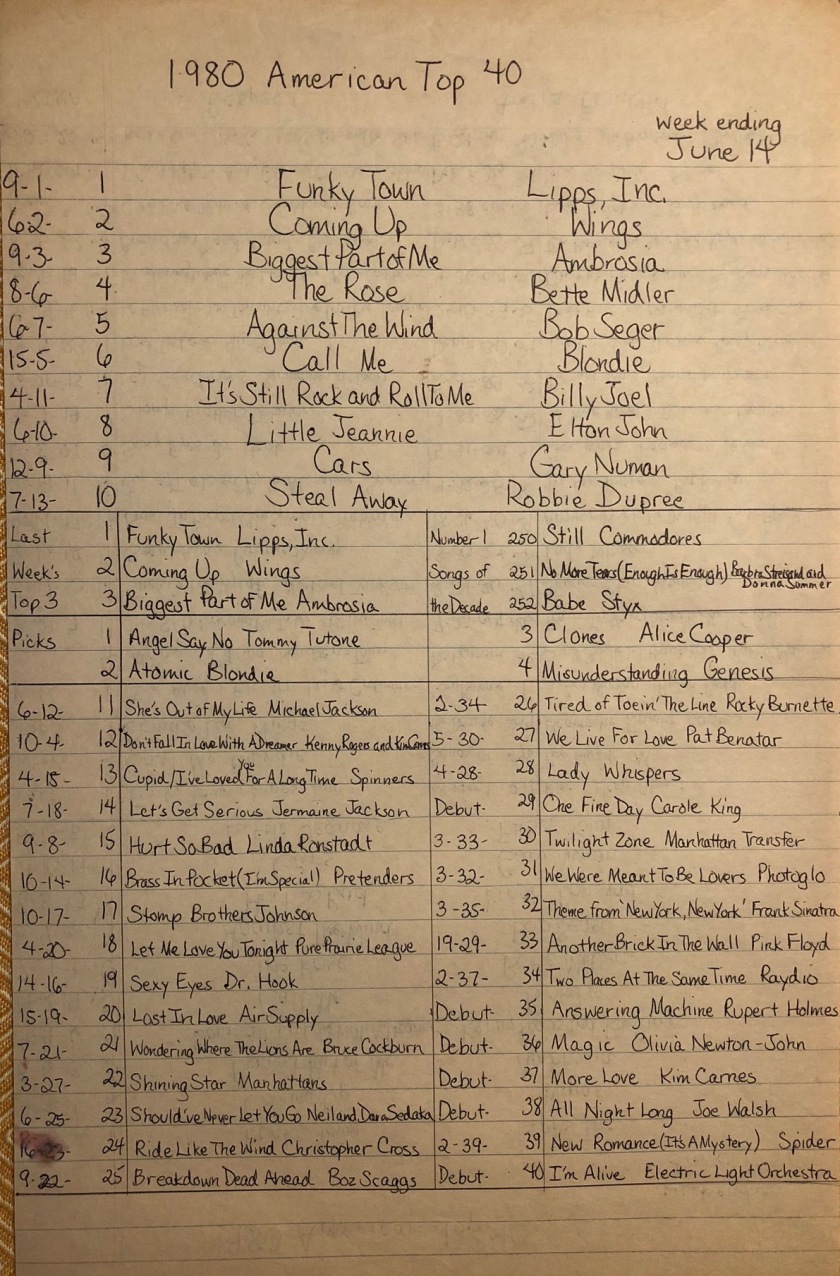