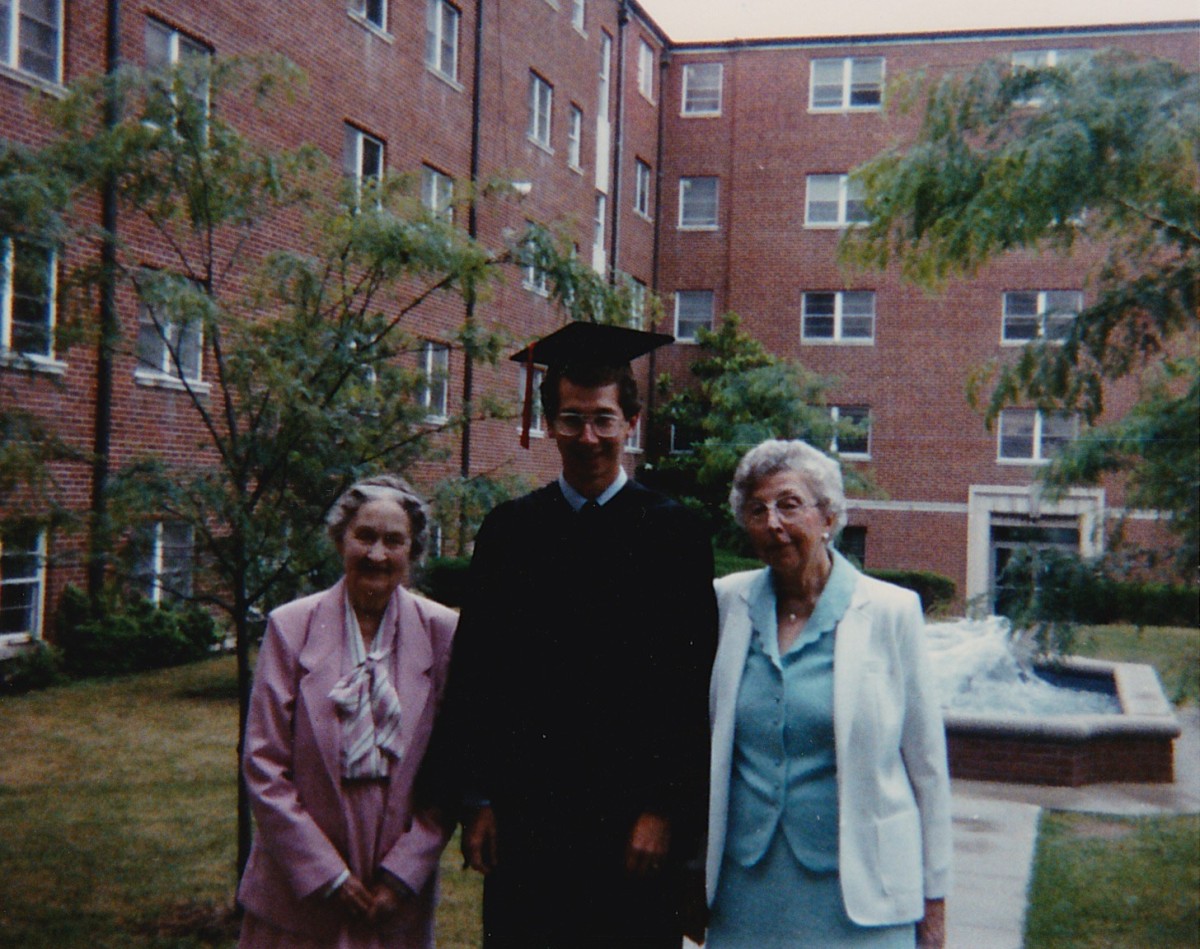 There was a fair amount going on this weekend in 86: a nationwide charity fund- and awareness raiser, a visit to Lexington by QEII, and I suppose most important to me, my college graduation.

Hands Across America was the next step from the organizers of USA for Africa, best known for putting together the 85 world-wide smash “We Are the World,” which raised over $50 million for humanitarian purposes in Africa. HAA was an attempt to draw attention and money to the cause of hunger and homelessness in the US, with an initial goal of $100 million. The idea was to get folks to contribute $10 to secure a spot in line somewhere between NYC and Long Beach, CA, where at 3:00pm on Sunday, May 25, everyone would join hands for 15 minutes in what was hoped to be a continuous line from coast to coast. It was a partial success; there were plenty of gaps in the human chain, especially in the desert West. About $17 million went to the intended causes (and about as much went to cover overhead).  There was a song written for the occasion as well, appropriately entitled “Hands Across America.” It reached only #65 on the charts (somewhat strangely, it had already peaked by the time of the event, sitting at #95 on this week’s list). The route got as close as Cincinnati, but my friends and I were otherwise engaged and unable to participate.

My recollection of that Sunday afternoon was that it was plenty warm and sticky. The ceremony was held indoors. My graduating class was pretty small, at least relative to those that followed; Transy’s enrollment was decidedly on the upswing throughout my time there. I was able to secure tickets for five family members: Mom, Dad, Amy, my grandmother Lucille Houston, and my great-aunt Birdie Brown. There are no great pictures from the ceremony itself, but I’m including a few not-very-high-quality shots from the day.

The picture at the top is with Aunt Birdie and Gran; here, I’m posing with my parents. 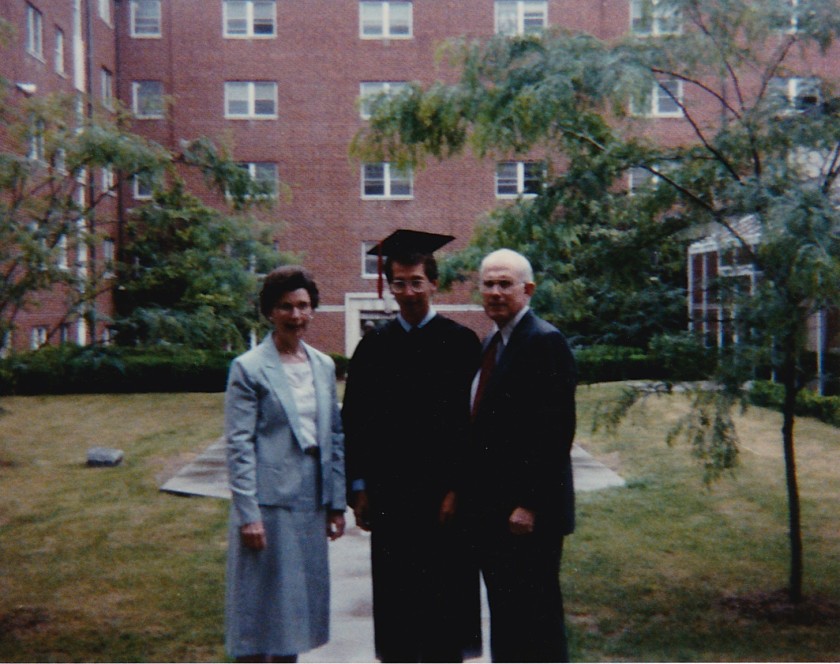 I guess this one’s from before I lined up for the ceremony.

Afterward, James, Mark, and I got together for a shot.

There was the monumental task of clearing out 402 Clay Hall. I don’t remember how long James and I had to vacate. Suzanne had probably been coaching us on the task. Seems like this was taken Saturday night, but where did we sleep?

I’d guess that Amy drove separately to help with carting stuff back to Florence–with Aunt Birdie and Gran present, did we have two or three cars in addition to mine, though?

I stayed in Lexington that night so that I might get a glimpse of the Queen the next day. Elizabeth II had been in town to visit some of her horses, staying at nearby Lane’s End Farm, owned by Will Farish (who was later ambassador to the UK, from 2001-04). Suzanne and I showed up at the airport that morning to watch her depart. You can’t tell, but that’s her head is sticking out between two twists of fencing wire in the photo below—honest, I swear! I suppose that’s my closest brush with royalty…

One of my favorite songs at that moment in time was “All the Things She Said,” from Scottish rockers Simple Minds. It was the third single from Once Upon a Time (one of my go-to cassettes driving back and forth to Kentucky during my first year in Illinois) and was one position shy of its #28 peak. The overlay technique featured in the video had its moment as a fashionable technique that spring—others using it that I can think of are “Opportunities” from the Pet Shop Boys, “Feel It Again” by Honeymoon Suite, and Missing Persons’ “I Can’t Think About Dancing” (which I’ve been known to call “10000 Dale Bozzios”). The time delay aspect feels like a reasonable technical accomplishment, I suppose, even there’s something going on that reminds me of Tom Baker-era Doctor Who episodes. I can’t say much of anything positive about Jim Kerr’s fashion sense (especially the money pants), though.