My paternal grandparents Mary Elizabeth Brown Harris and William Thomas Goebel Harris grew up in Warsaw, in Gallatin County. He was almost thirteen months older than she. After they got married in 1920, they spent much of the next decade as itinerant teachers at various small, country schools around Kentucky. I’m fortunate that they documented their travels and am able to put together a portfolio of a number of their stops.

I don’t know if I was ever told the story of how they first met (or how young they were), but they were apparently dating by around the time they finished high school. The picture above is from 1917, about the time Willie turned 20. Below is one from their wedding day, June 15, 1920. 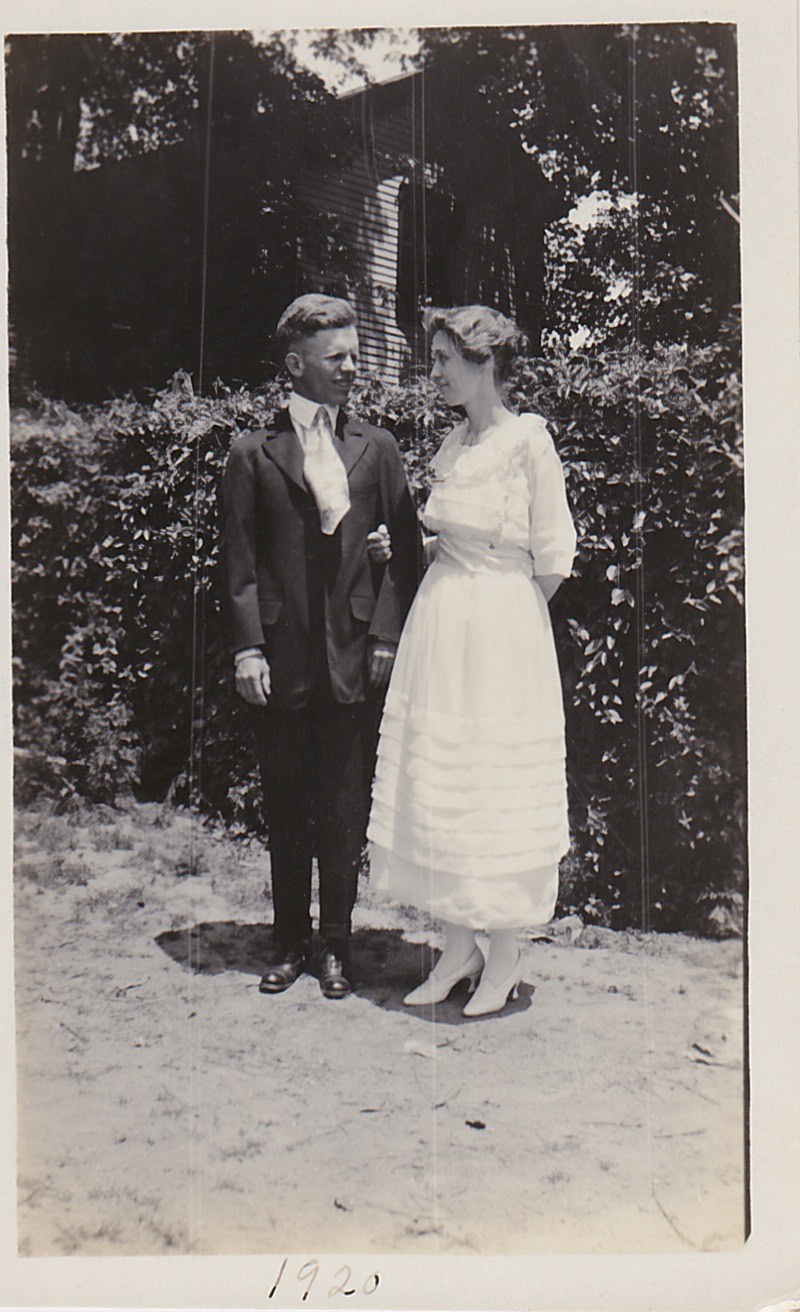 Because my grandmother was careful about writing on some pictures, I know about five of the places where they taught.

First up, in 21-22, it was Burning Springs, which is in Clay County, north of Manchester, in the southeast of KY.

In at least one other year, my grandmother taught students of this age, so my guess is these were her students. I can’t find any reference online to this school, but there’s a Burning Springs Elementary that’s now a part of the Clay County school system.

The following year, they moved fairly far west in the state to DeKoven, in Union County. Here’s a picture of the building, which opened in 1911:

I’ve found a partial history of the school, which closed after county consolidation in the late 30s and was razed in the 40s. The article mentions that enrollment took a hit in 1923, when some local coal mines closed, which may well be related to why W & E stayed only one year.

Here are three colleagues from DeKoven.  The two teachers on the right, Louise Boettger and Mary Rehm, receive mention in the linked article (Boettger prominently).

For 23-24, it was farther on west to Beelerton, in the Purchase Area (Hickman County). It seems that such a place hardly exists any longer, much less any records of a school being there. But Elizabeth taught 6th, 7th, and 8th graders, and Willie was principal of Beelerton High. They’re at the far right of these two pix. 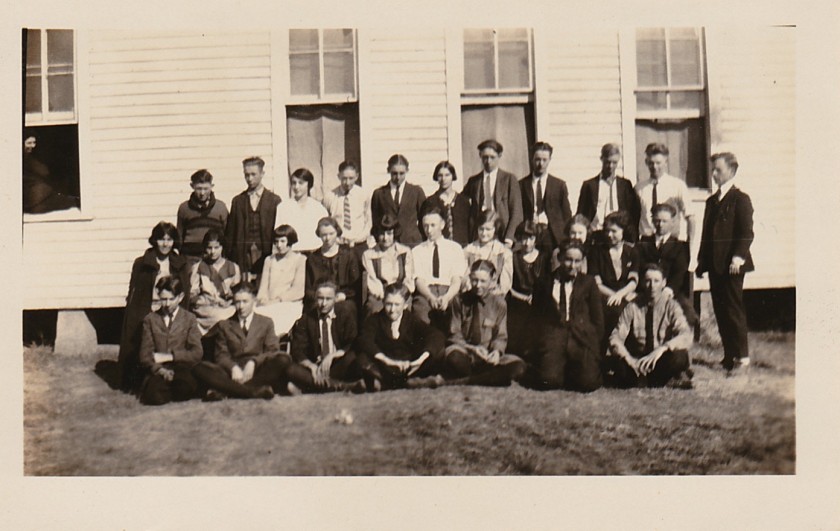 By 26-27, they were in South Central KY, in Rockport (Ohio County). The only photo I have is the two of them with two women who I suppose were colleagues. There was a high school in Rockport into the 50s.

The next year, they were back in the mountains of the southeastern part of the state, in Whitesburg (Letcher County). Whitesburg High School existed until 2005; I went to college with a few folks from there. The second picture is from my grandfather’s physics class. I’m not quite sure why but I really like that photo. 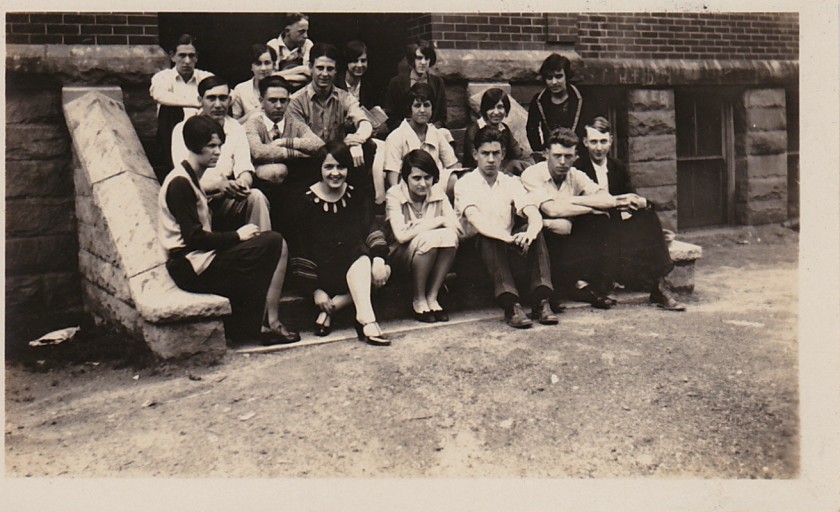 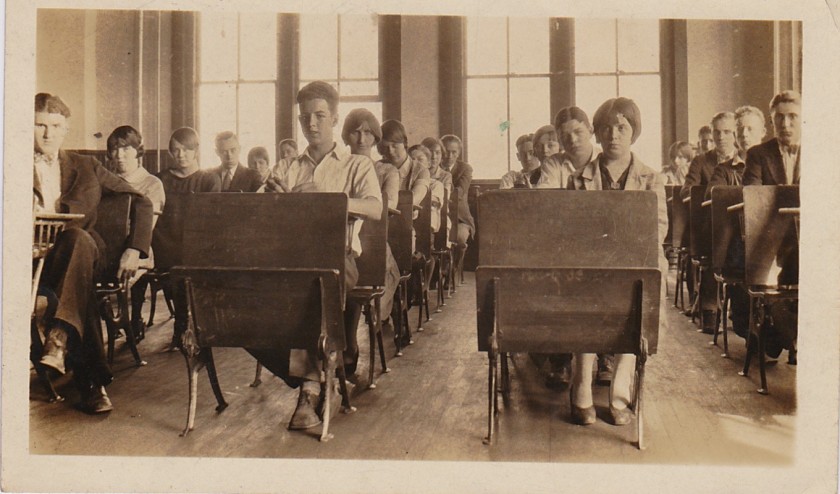 At this point, I believe that Willie became principal at Sanders, in Carroll County, just down the river from Warsaw. He stayed there six years, finally achieving some stability. That came at a good time; my grandmother’s father and mother died in 29 and 31, respectively. My father, their only child, came along in June of 31, and I don’t think Elizabeth taught again.

5 thoughts on “Elizabeth and Willie: The Early Years”