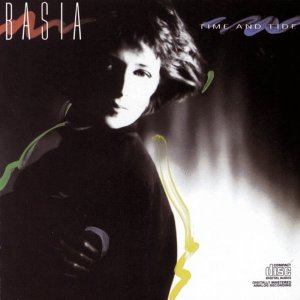 One of the Illinois math faculty who regularly showed up at Coslow’s on Friday afternoons in the second half of the 80s was Jerry Uhl, an analyst. Prof. Uhl was certainly one of the more memorable mathematicians in the department in those days. He had a quick wit and a voice (as well as vocal mannerisms) that easily lent to imitation—my officemate Will was known to do a not-too-shabby Uhl impersonation from time to time. I never took a class from him but he was one of the interrogators on my second try at passing a real analysis oral comprehensive exam; though I’m sure I stumbled and fumbled over the course of that hour, he and his colleague agreed I’d done acceptably. One of his advisees during my time there was the sister of recently-deposed Yankees manager Joe Girardi.

It’s fair to say that Uhl both worked hard and played hard. During my years in C-U, he lived by himself in a log home several miles east of Urbana and twice a year he invited the math department, including grad students, out for big, extended parties (once in May right after the year was over, and the other in the fall). I went to a few of these, particularly in my first three years. Yes, there was always plenty of beer, but we also had ample opportunity for outdoor games (I got my first exposure to bocce ball at one of these shindigs), strolling the grounds, and even talking some math.

I feel fairly certain it was the Saturday of Uhl’s May 88 party that I became enamored of “Time and Tide,” by Polish chanteuse Basia Trzetrzelewska.  I must have come across it on VH-1, even though it wouldn’t hit the Top 40 until a few months later. It didn’t take long for me to go out and get the disk and play the title track over and over. It’s a pretty sweet album overall, with lots of jazzy touches. I enjoyed it enough that summer to put five of its tracks on the mix tape that Jane Siberry opened—the side change comes between the second and third of them. I jumped all around again in my sequencing; these are songs 3, 8, 2, 10, and 1.

I was too timid/reserved to really get to know Jerry Uhl—he and I had almost polar opposite personalities—but it’s clear that he was warm and gracious to many, many people. For a better idea about him, here’s a link to the talk that Bruce Reznick, my dissertation advisor, gave at Uhl’s memorial service after he succumbed to cancer toward the end of 2010.