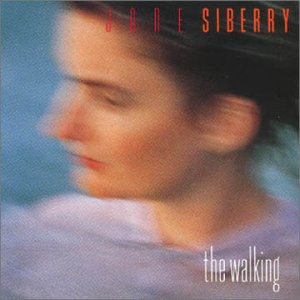 During the 86-87 academic year I lived in Sherman Hall, which was then one of two dorms at the University of Illinois for graduate students. I was assigned room #457, in the tower portion of the complex (there was also a long, two-story corridor of rooms—the two sections shared a lobby and a basement commons area). My room was part of a suite for three students in the southwest corner; we shared a narrow hallway, a sink, and a teensy toilet/shower stall. Mine was the smallest of the three, the one with the western exposure, which meant it got really hot in the afternoons during both the beginning and the end of my time there.

Sherman Hall is on the northwest corner of 5th and Chalmers, in Champaign. Two blocks east and two blocks north, just over the line into Urbana, is Altgeld Hall, the mathematics building, where I took classes and would soon have my office. Close to halfway in between, on the northeast corner of 5th and John, is an outdoor mini-mall of small shops/restaurants. When I walked by on a visit this past May, it was clear that in the intervening 30 years there’d been a complete turnover of the businesses operating there. I can remember a coffee/bagel shop (whose name I now forget) that I went to a couple of times. There was Coslows, the bar/restaurant where many math grad students and a few faculty would gather on Friday afternoons for pitchers of beer. And there was a video rental place called That’s Rentertainment, which also for a while loaned out compact disks. (Sometime in the very late 80s they were made to cease-and-desist the rental of CDs, citing copyright issues. I dropped by during the subsequent liquidation of their inventory and scored Marshall Crenshaw’s Mary Jean and 9 Others.)

I didn’t have my own CD player until March 88, but Jim, one of my roomies in the apartment on West Elm during 87-88, already had one as part of his stereo system, which he graciously allowed to be ensconced in our communal living space. His collection of disks was not all that large, but my memory is that it was pretty solid, mostly AOR with some good New-Wavy stuff thrown in. (I did commit his copies of Oingo Boingo’s Dead Man’s Party—a great disk—and Tears for Fears’ The Hurting to cassette.) I also regularly borrowed CDs from the Urbana Free Library and checked stuff out from That’s Rentertainment. At this point my musical tastes were continuing to evolve away from Top 40 radio and I was spending more and more time (and money) trying to discover what I hoped were up-and-coming artists. My two primary sources for finds in the late 80s both had the initials RS: Rolling Stone magazine and Record Service, a store located on Green Street in Campustown, less than a block away from Altgeld. I’m pretty certain that I first heard of Jane Siberry, a quirky, art pop performer, through Rolling Stone.

Siberry came out with The Walking in May 88.  It was her fourth album, but first major-label release. Hard to know now what it was I might have seen in Stone’s review that intrigued me, but this was the period when I was really focused on female artists (87 had been the year of discovering Suzanne Vega, 10000 Maniacs, and Kate Bush, among others). Perhaps they compared her to Bush in some way?

I didn’t rush out to buy The Walking; I’m thinking I rented it first, but concede I may have gone to the library instead. In some respects, it made for a difficult listen—all the songs are rather long and a few didn’t initially strike me as being overly melodic—but there were also some real keepers on it. I did eventually purchase a used copy of the CD.

A couple of years later, I listened to some of Siberry’s earlier stuff at the encouragement of Jon, a friend I’d made at the bridge club who was a grad student in agronomy. Her second album, No Borders Here, is amazingly good; highlights include “Mimi on the Beach,” “Follow Me,” “The Waitress,” and “Symmetry (The Way Things Have to Be).” Wouldn’t surprise me if I feature one or more of those someday. I didn’t get into the follow-up, The Speckless Sky, as much, though “One More Colour” is among her best. I didn’t pay too much attention to her later work, either.  “The Life Is the Red Wagon,” from 89’s Bound by the Beauty, is the one I like most from the post-Walking period. She’s kept on recording steadily through the years, definitely (and maybe even defiantly) charting her own unconventional path, dabbling in various genres, forming her own recording company, and even changing her identity, to Issa, for a few years.

Sometime that summer of 88, before John and I split from Jim, I took a cassette and recorded the four tracks from The Walking that I especially liked. It was the beginning of a tape with thirteen songs by three female solo artists, all of whom came from outside the U.S. (Siberry is Canadian). This is the first of three installments in which I feature those songs. I didn’t pay attention to the artists’ sequencing at all (intentionally, and if I can allow myself a little bragging, I’d say effectively): for instance, the Siberry selections are, in my ordering, songs 6, 4, 7, and 2 on the CD.

I opened with the stellar title-like track, “The Walking (and Constantly).”

Third was the more solemn “The Lobby.” This video seems to have been recorded by a fan almost 20 years after the song was originally recorded. I’m impressed that Siberry went along with it.

I wrapped up with my then-and-still favorite, “Red High Heels.”

I’m putting together Spotify playlists for each of these three posts, and I’ll pull them all together into one when I’m done.

My Tweets
Join 377 other followers