One of the things that gave my father, Ira Richard Harris, great pleasure through the years was 50s and 60s rock ‘n’ roll music. In the early 90s, he assembled a ranked list of his all-time favorites and put together three cassette mix tapes (the tree not being too far away from the apple); he made copies for me, as well. Unlike Casey and his ilk, Dad counted down from #1, rather than up to it. Here’s the playlist from IRH’s Rock ‘n’ Roll Revue, Part I. Dad had distinctive, yet beautiful, handwriting–I treasure all samples of it that I have. 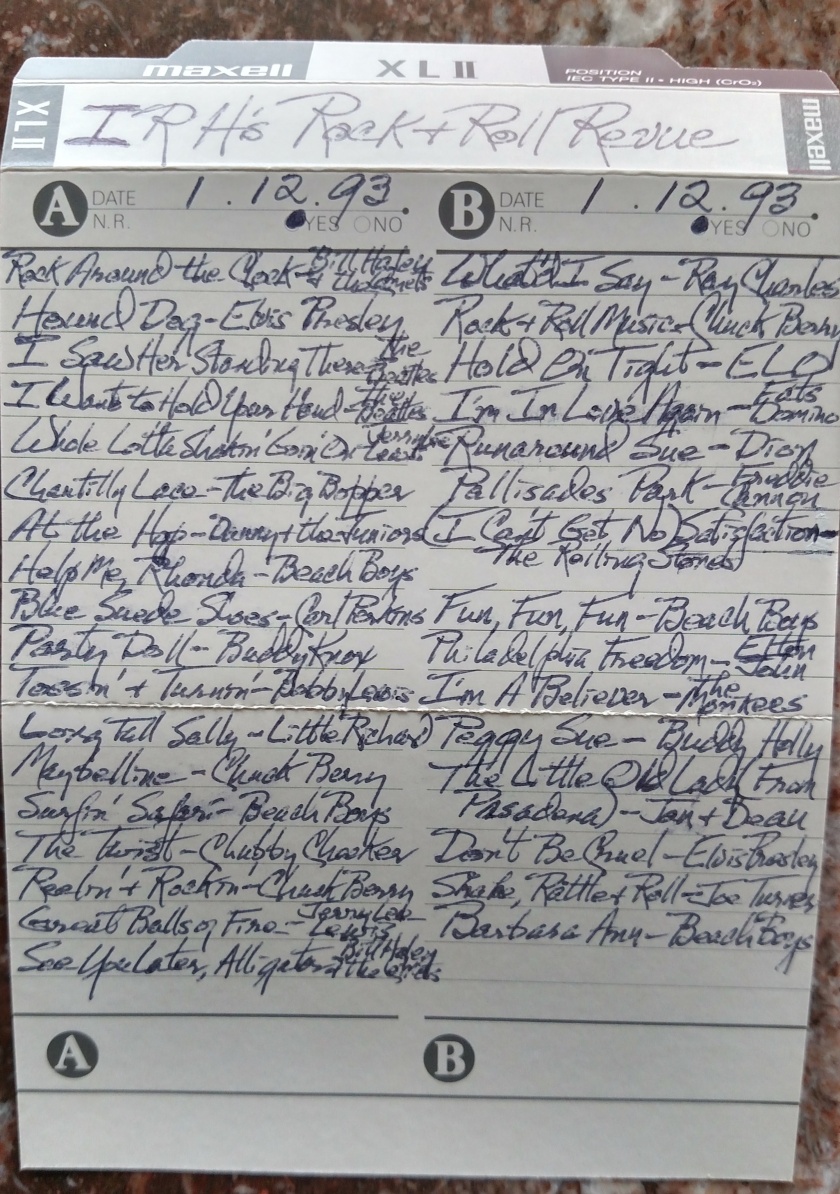 5 thoughts on “From The Archives: IRH’s Rock ‘n’ Roll Revue”