The second half of Side 2 is much more ballad-y/soft, so if you’re looking for the rock, you may want to come back in about a week or so.

Folks who know me from way back in the day are aware I was a faithful (obsessive?) follower of Casey Kasem’s American Top 40 for a number of years. Even though I’d trended toward album rock as I got closer to college-age, I still paid pretty close attention to the pop charts, even in to 1987. About a decade ago I began assembling playlists from selected weeks of the top 40 between June 1976 and May 1986. One of the compilations I like most from this project is that of April 21, 1984. Three songs from that countdown are on these tapes; here’s the second of them to come up so far. It was very much a favorite that spring/summer, and got to #5.

Today is the 115th anniversary of the birth of my mother’s father, Wilbur Russell Houston (funny how I share his initials but none of his names). He grew up in Grant County, attended my place of employment for one year, and in the late 20s graduated from the Eclectic Medical School in Cincinnati. (The term “eclectic medicine” was first used by Transylvania professor Constantine Rafinesque.) In September 1927 he married Lucille Barton Haskell; they had three daughters, my mother being the middle child. He became a family physician and volunteered for the U.S. Army during WWII, spending about a year toward the end of the war at a medical camp in the Phillipines. He returned to family practice afterward until 1966, when he moved to Eastern Kentucky University to serve as the head of their medical services. Upon retirement in 1973, he moved back to the iconic “old stone house” on US 42 just north of downtown Union, KY (they’d purchased it in the mid 50s). He loved to tend to his gardens and fruit trees there. Toward the end of his life he suffered from macular degeneration. Even though his sight had dimmed, it seemed like he never met a stranger.

On a personal level, one could say I owe him my life–he was the one who introduced my parents to each other! My dad was one of his patients, and one Sunday in 1961, he elected to take my grandmother and mother to Bromley Christian Church, where Dad was pastoring. They took Dad out to lunch after the service; a first date soon ensued, and the rest is history. I have many fond memories from my youth of being at “the farm,” as we called it–holiday family gatherings, picking blackberries, learning to drive his Cub Cadet tractor. He is certainly at the center of many of those! Happy birthday, Papaw. 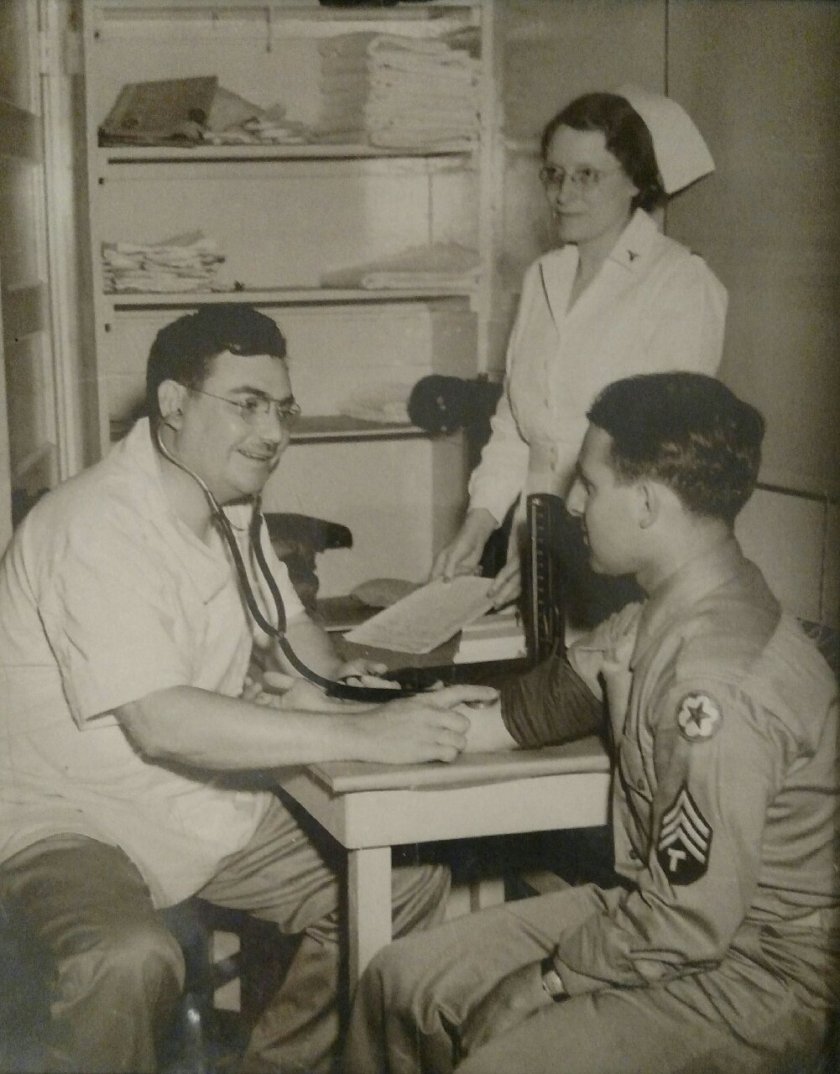 In the mid-80s I opined that Tom Petty and the Heartbreakers might one day be on the short list for the best rock bands evah. I’m pretty sure that didn’t come to pass, but they had lots of quality stuff. Long After Dark doesn’t have my all-time favorite TP&tH songs on it, but it’s plenty solid and it wound up with two other songs on my mix tapes (“Straight Into Darkness” and “Deliver Me”). Here it’s its second single, which got to #21 in early 83.

If you asked me to fill in the blank for the statement, “The band you most associate with your college years is _____________,” I’d be pretty tempted to say Talking Heads. For my 20th birthday, just a few days after getting on the U2 and Marshall Crenshaw trains, I received Fear of Music from my roommate James (thanks, mon!). From there, it was on: I’m fairly sure that within a year I had their first five albums. I’d been thinking lately that the first two disks haven’t held up all that well over time, but I’m reconsidering this view after hearing “New Feeling” from Talking Heads: 77 just last week in Kroger (!!). Fear of Music and Remain in Light definitely still feel like brilliant achievements.

Their concert movie “Stop Making Sense” was released in late 1984. Seeing it multiple times at the midnight showing at the Kentucky those last two years at Transy is a favorite memory. Their take on this song in the movie is a fun one, but it’s the studio version from Speaking in Tongues that got on the tape.

It’s really, really hard to beat the catchy, edgy pop of the Cars’ first two albums in the late 70s. Pretty much every track is great (“Don’t Cha Stop” and “Shoo Be Doo” might be exceptions); some are amazing. I don’t think they ever reached those heights again, though I enjoyed a lot of their subsequent material, including much of Heartbeat City.

Ric Ocasek’s elliptic lyrics were fun to listen to; in this song, “Geranium lover, I’m live on your wire” and “They want to crack your crossword smile” are the standouts for me.

This one’s still a fave. I wondered for a number of years what the backups were singing here–I finally decided it was “Ego, envy, lust.” Googling today tells me it’s “Ego and you lost,” which does make more sense. It reached #22 in early spring 1984. Apparently there are two “official” videos; I’m linking to the one I remember seeing back in the day,.

ETA: The vid I had here originally has been removed from YouTube; this replacement is much better!